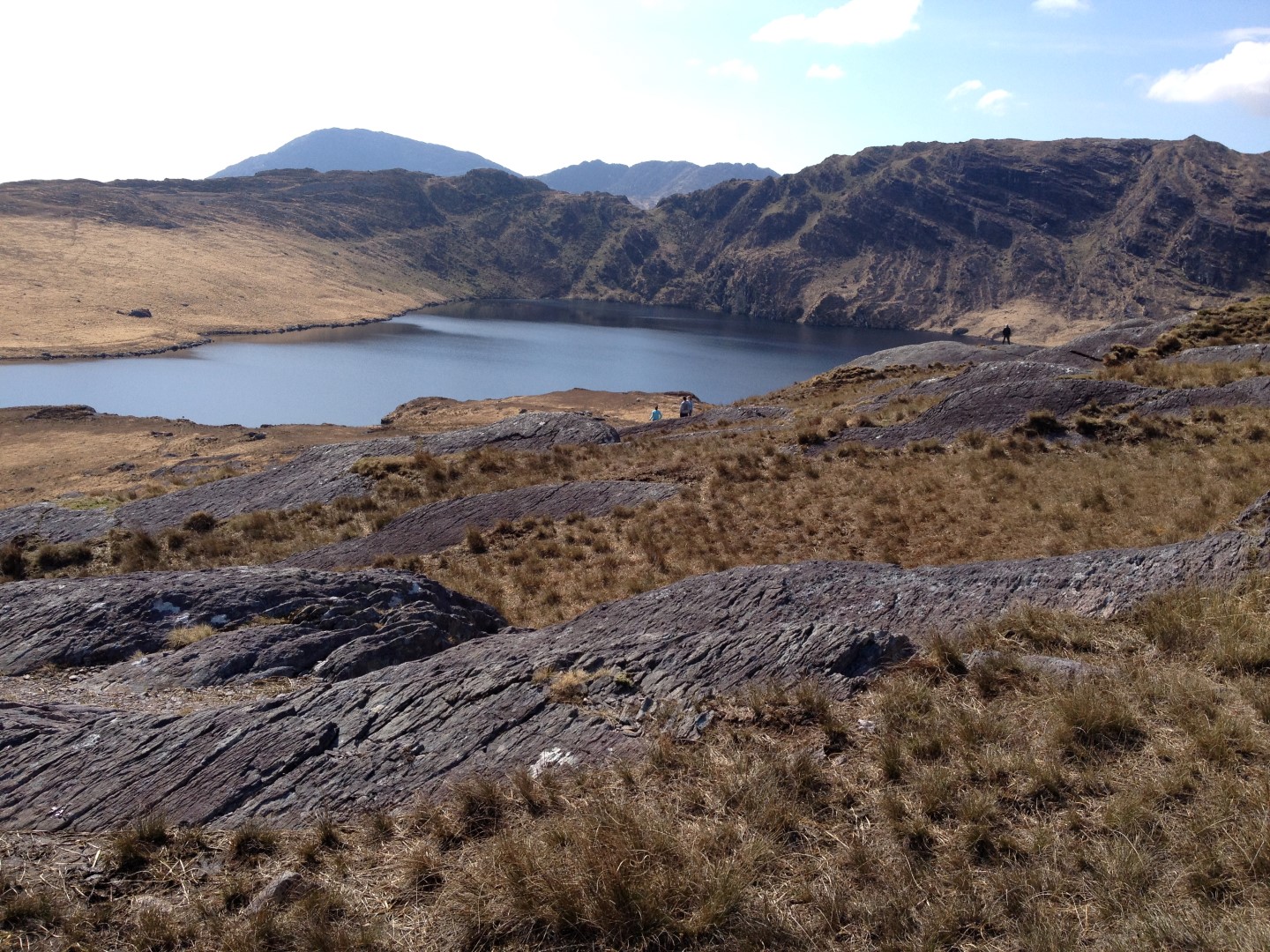 “In all of us there is a hunger, marrow-deep, to know our heritage, to know who we are and where we have come from.” 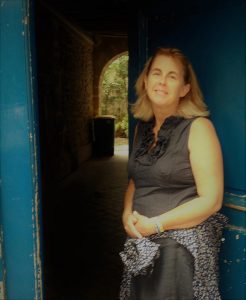 People often arrive at genealogy through study of history, but I arrived from an 80th birthday party. When my mother turned eighty, I prepared a book for her of her life, and the lives of her ancestors, as far back as I could go. A few years later, I embarked on a similar project for my father’s 100th birthday; he wasn’t there to see it, but I could feel his approval, as he always had a tremendous interest in history, and in genealogy.

Self-taught until then, I studied genealogy in the University of Limerick (First Class Honours) and then completed my Honours Diploma in University College Cork.
My diploma, White Mike, The Earl of Kenmare and the Vulture with the Broken Beak examined the parallel lives of a tenant farmer, the landowner and the landagent, and is now in the library in UCC and in Muckross House Library, Killarney.

For years, I have helped various family members and friends to discover their ancestry, and their ancestral homes. It is something I have enjoyed immensely, and am now working professionally.

In Spring 2016, I worked part-time as a census enumerator. It was interesting to experience at first hand the work of collecting data, and gave me an insight into the possibilities for error and inaccuracies in any official documentation.

I live at the edge of the Connemara Gaeltacht, and speak Irish reasonably well. My census enumeration work was carried out mostly through Irish. Even though most civil and church records are in English (and partly Latin), I consider a knowledge of Irish to be a huge advantage in genealogy, particularly when it comes to interpretation and identification of townlands and other placenames.

“Every time an older person dies, it’s like a library burning down”. Alex Haley, author of Roots.

Over the years, my own relatives and many other people of the older generation have helped me enormously with research. They have lived through what we can only guess at and partly understand. I know people with a wealth of knowledge in many parts of the country, and consider it a huge privilege to have access to their knowledge. When someone contacts me with a genealogical request, my first question is: “Have you gathered as much information as you possibly can from all the older members of your family?”
It is crucial to do this, and will tell you much more than hours and hours of website-trawling. 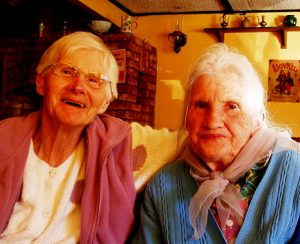 Sisters: Maureen and Bridie Tuohy, who have been extremely helpful and generous with their time and knowledge

Apart from talking to the oldest members of your family, and if you’re outside Ireland, it’s important to gather as much information as possible in your country of residence.
Immigration records (such as the Ellis Island ones in New York), draft cards, church records of baptism, marriage and death, burial and cemetery records, membership of clubs and societies relating to “The Old Country”, family letters and photographs are all sources of information, and nothing is too small, or too minor.

A pencilled note on the back of a faded photograph might be the only surviving reference to a townland name, and if you find a townland name, you’ve found the one of the most crucial pieces of information in Irish genealogy.
My own roots are in Clare and Cork, counties of which I have an intimate knowledge, as well as, of course, County Galway, where I’ve lived for many years.
I’ve also researched parts of Mayo, Sligo, Limerick, Kerry, Leitrim and Tipperary, as well as aspects of the RIC and the aristocracy.
The west of Ireland is my main field of interest, but I can competently research all areas, and welcome all queries, no matter which part of Ireland they concern.

Together with several cousins, I’m currently, in my spare time, working towards an event in Spring 2017. The couple in this photograph are my paternal grandmother’s parents, who married in April 1877. They had twelve children, and something in the region of a thousand direct descendants. We hope to have a gathering of as many of these as possible for their 140th wedding anniversary. 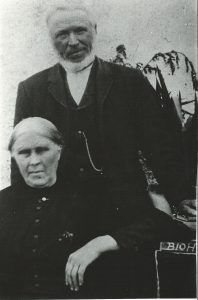